Pilgrims or visitors roaming the catacombs’ galleries and ever-winding paths, who stop to admire the frescoed and decorated cubicles or tombs, feel the attraction of suggestive representations of biblical or common life scenes. But even more so, they are inevitably drawn by a true world of symbols, whether painted, as graffiti, or engraved on stone.

The meaning of some of them is known, while others appear more mysterious and difficult to fathom; regardless, all refer to a very essential language, used by the first Christian generations to assert their faith and distinguish, in a Christian manner, the graves of loved ones or of the first witnesses of the faith: the martyrs.

The monogram of Christ, in its different formulations including the cross with the apocalyptic letters alpha and omega, the fish, the lamb, the anchor, the peacock and the phoenix, the dove with an olive branch in its beak, the praying and the Good Shepherd, the ship and the lighthouse, or baskets with loaves, are some of the most frequent symbols found in the catacombs. Each one has its own meaning, a message that gains even more force through the surrounding context.

These symbols, in fact, set next to the graves of the early Christian communities, tell of and announce Christian hope, a vision of the world and life that springs from the Easter mystery of Christ, who died and rose again.

We could define them as the Twitter of ancient times; simple messages albeit full of meaning, with an enormous appeal for the living who visit cemeteries, paying homage to “sleeping” believers awaiting the resurrection.

The IV Day of the Catacombs, organised both as a digital and on-site event, will offer several itineraries to discover the world of Christian symbols of antiquity.

Day 1 (Saturday 16 October.) will take place exclusively in Rome, while Day 2 (Sunday 17 October) will involve some catacombs in Lazio.

Keep following us in our website and in our social channel (FB: catacombeitalia and IG: catacombeitalia) and in Pontifical Commission for Sacred Archaeology’s official website (catacombeditalia.va).

SITES OPEN TO THE PUBLIC

They can be visited free of charge upon reservation, subject to availability
Opening hours: 10:00-17:00

SITES OPEN ON 16 OCTOBER ONLY

They can be visited free of charge upon reservation, subject to availability
Opening hours: 10:00-18:00
Visits every 45 minutes for groups of up to 15 people 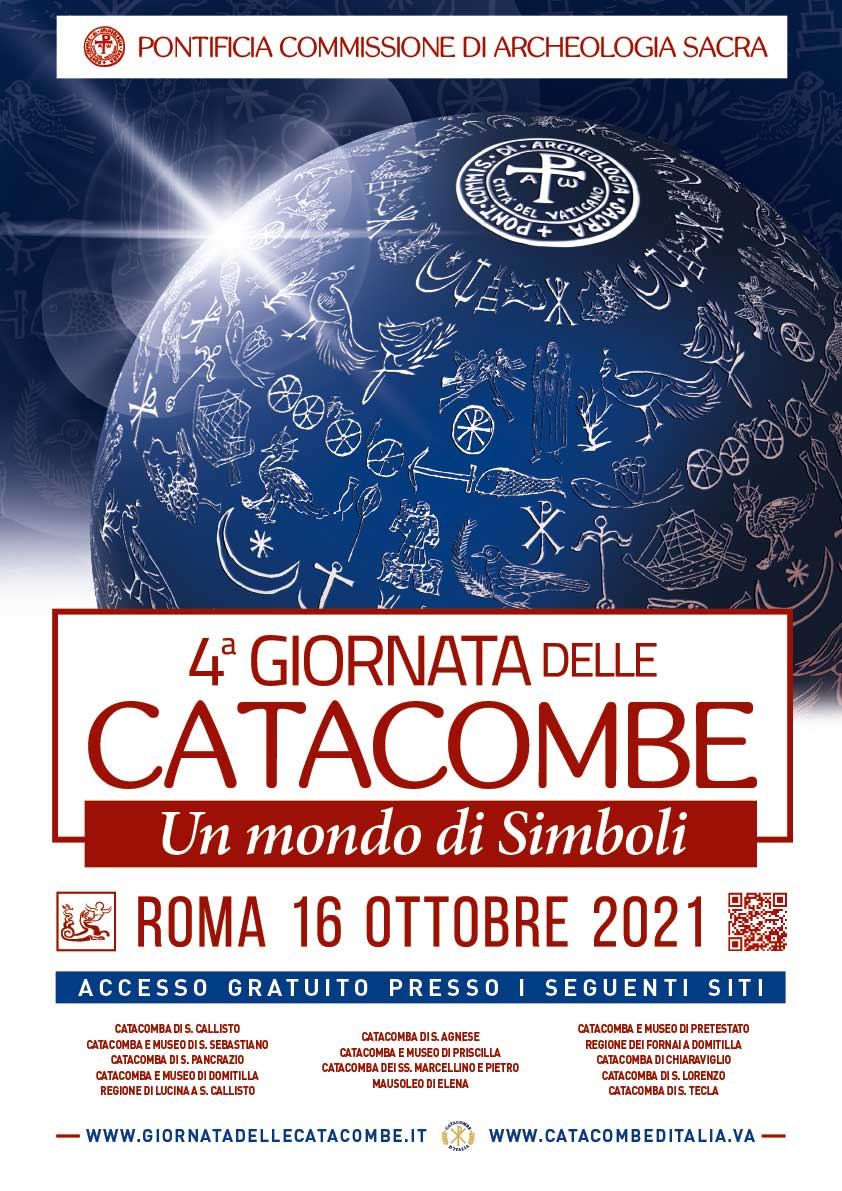 Download pdf
Questo sito si avvale di cookie necessari al funzionamento tecnico. Acconsenti all’uso e continua a navigare.
This website uses cookies to improve your experience. We'll assume you're ok with this, but you can opt-out if you wish.