PRAISED BE THE EARTH

With the collaboration of IDES Ltd.

“Giornata delle Catacombe” is an opportunity to reflect on Earth and Creation, a countermelody taking us back to our “origins”. This comes to life in an exhibition that combines – virtually – the works of the Artist Max Serradifalco and Pope Francis’ Encyclical Laudato si’ in a dialogue that turns from iconic to imaginative, spiritual, social, ecological.

Serradifalco’s works originate from his satellite photo shootings, in which the earth surface is still discernible while the composition of the elements and the choice of the frame transcend the real data, searching for “other” evocative shapes.

Laudato si’ speaks to all the men of good will, in fact to “every person alive on the planet”; it develops into a reflection on the state of our planet, and argues that ethics should inspire the analysis and help address the resulting evidence.

The distance from which the shots are taken provides a universal view transcending the “field vision”, just as the words of the encyclical become universal starting from the specific religious vision.

The exhibition combines two compositional metamorphosis: on the one hand, the encyclical Laudato si’, starting from the spiritual morality of the Pope’s magisterium, becomes “concrete and practical” in its historical analyses and its sociological, ecological, moral assertions; on the other, the works of an artist who finds poetry starting from the “concrete” satellite vision of the planet.

Both of them have in common a determined simplicity of communication to the reader and the observer: in the artist’s pictures, the incisive images from the sky might seem documentary, but become “works of art”; while the writing of the encyclical, so deliberately immediate and clear, arouses a careful reflection to grasp the disarming depth that overcomes the utopian doubt.

The exhibition follows  “the number of themes which will reappear as the Encyclical unfolds”, as the Holy Father declares in the introduction [L.S.16] :

The intimate relationship between the poor and the fragility of the planet, the conviction that everything in the world is connected, the critique of new paradigms and forms of power derived from technology, the call to seek other ways of understanding economy and progress, the value embodied in each creature, the meaning of environmental awareness to man, the need for forthright and honest debate, the serious responsibility of international and local policy, the throwaway culture and the proposal of a new lifestyle.

BOUNDARIES OF THE MIND, BORDERS OF THE EARTH

But symbols and dreams are “relative” and intimately linked to an observer’s culture: do human beings of different cultures see the same things, do they receive the same impressions?

The artist also offers the viewer a subtle game between boundaries of the mind and those of earth.

He establishes the fictitious boundaries of the view field of satellite shooting as he works; they go beyond or incorporate the geographical and political borders of micro- and macro-areas, as well as the limits of natural and artificial formations, altering their perceived dimension.

We find polar ices which, disintegrating, become a backdrop – and a threat – to “breathless and consumerist” metropolises, hosting humans about to  become the next “endangered bear” and an immaculate final expanse much like the primitive white sheet from which to restart and draw a new landscape.

They are national flags, whose color fields overlie other images on the land, in a totality where we are primarily earth inhabitants, as well as citizens.

The artist makes us touch, with attentive wonder, both the reality of the earth and that of dreams.

We remain absorbed, kind of enchanted, free to interpret the shapes, contemplating the concept of “beautiful in Nature” much like the way Saint Francis does in  the Canticle of Creatures describing the sun, the stars and fire as “beautiful”, proclaiming their praise; one could argue perhaps that that’s where we could place the dawn of canons of natural beauty in our figurative culture.

This almost illusionistic game of borders tells us about the relativity of our points of view, but also clearly outlines the universally valid principle of substantial unity in the diversity of Earth and people.

It allows us to read the symbiotic contamination between geographical and biological characters, which appear to be the basis of the interaction between cultures and biodiversity.

After all, the artist is  Sicilian and has “breathed the air” of the confluence in Sicily of multiple cultures, which have gradually given rise to “other” forms and translated into mosaics, decorations, iconographies, sculptures, bright chromaticism, often in search of wonder and surprise: they are the characters that appear as the spring of his work and his language, with the natural consciousness that everything, in the world, is connected.

“(…) there is little in the way of clear awareness of problems which especially affect the excluded. Yet they are the majority of the planet’s population, billions of people.(…) Today, however, we have to realize that a true ecological approach always becomes a social approach; it must integrate questions of justice in debates on the environment, so as to hear both the cry of the earth and the cry of the poor.” [L.S. 49]

The conviction that everything in the world is intimately connected

“(…) These ancient stories [Gen.4,9-11-Cain and Abel; Gen.6,13- Noah], full of symbolism, bear witness to a conviction which we today share, that everything is interconnected, and that genuine care for our own lives and our relationships with nature is inseparable from fraternity, justice and faithfulness to others.” [ L.S. 70]

“In this universe, shaped by open and intercommunicating systems, we can discern countless forms of relationship and participation. This leads us to think of the whole as open to God’s transcendence, within which it develops.(…)” [L.S. 79]

“The technocratic paradigm also tends to dominate economic and political life. The economy accepts every advance in technology with a view to profit, without concern for its potentially negative impact on human beings. Finance overwhelms the real economy.(…)” [L.S. 109]

“(…) But we need to grow in the conviction that a decrease in the pace of production and consumption can at times give rise to another form of progress and development. Efforts to promote a sustainable use of natural resources are not a waste of money, but rather an investment capable of providing other economic benefits in the medium term.(…)” [L.S. 191]

“(…)Productive diversification offers the fullest possibilities to human ingenuity to create and innovate, while at the same time protecting the environment and creating more sources of employment. (…)” [L.S. 192] 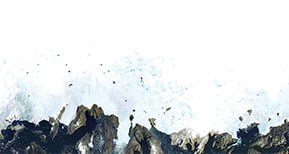 The value proper to each creature

The human meaning of ecology

“(…) It is not enough to balance, in the medium term, the protection of nature with financial gain, or the preservation of the environment with progress. Halfway measures simply delay the inevitable disaster. Put simply, it is a matter of redefining our notion of progress. A technological and economic development which does not leave in its wake a better world and an integrally higher quality of life cannot be considered progress. Frequently, in fact, people’s quality of life actually diminishes – by the deterioration of the environment, the low quality of food or the depletion of resources – in the midst of economic growth. (…)” [L.S. 194]

The need for forthright and honest debate

“More than fifty years ago, with the world teetering on the brink of nuclear crisis, Pope Saint John XXIII wrote an Encyclical which not only rejected war but offered a proposal for peace. He addressed his message Pacem in Terris to the entire “Catholic world” and indeed “to all men and women of good will”. Now, faced as we are with global environmental deterioration, I wish to address every person living on this planet.(…)” [L.S. 3]

“(…) Interdependence obliges us to think of one world with a common plan. Yet the same ingenuity which has brought about enormous technological progress has so far proved incapable of finding effective ways of dealing with grave environmental and social problems worldwide. A global consensus is essential for confronting the deeper problems, which cannot be resolved by unilateral actions on the part of individual countries. Such a consensus could lead, for example, to planning a sustainable and diversified agriculture, developing renewable and less polluting forms of energy, encouraging a more efficient use of energy, promoting a better management of marine and forest resources, and ensuring universal access to drinking water.” [L.S. 164]

“(…) When nature is viewed solely as a source of profit and gain, this has serious consequences for society. This vision of “might is right” has engendered immense inequality, injustice and acts of violence against the majority of humanity, since resources end up in the hands of the first comer or the most powerful: the winner takes all.(…)” [L.S. 82]

“(…) It is an attempt to legitimize the present model of distribution, where a minority believes that it has the right to consume in a way which can never be universalized, since the planet could not even contain the waste products of such consumption. Besides, we know that approximately a third of all food produced is discarded, and “whenever food is thrown out it is as if it were stolen from the table of the poor”.”(…) [L.S. 50]

“In the present condition of global society, where injustices abound and growing numbers of people are deprived of basic human rights and considered expendable, the principle of the common good immediately becomes, logically and inevitably, a summons to solidarity and a preferential option for the poorest of our brothers and sisters.(…)” [L.S. 158]

The proposal of a new lifestyle

“(…) The biblical texts are to be read in their context, with an appropriate hermeneutic, recognizing that they tell us to “till and keep” the garden of the world (cf. Gen 2:15). “Tilling” refers to cultivating, ploughing or working, while “keeping” means caring, protecting, overseeing and preserving.(…)” [L.S. 67]

“(…) We need to take up an ancient lesson, found in different religious traditions and also in the Bible. It is the conviction that “less is more”. A constant flood of new consumer goods can baffle the heart and prevent us from cherishing each thing and each moment.(…) [L.S. 222]

“(…) An integral ecology includes taking time to recover a serene harmony with creation, reflecting on our lifestyle and our ideals, and contemplating the Creator who lives among us and surrounds us, whose presence “must not be contrived but found, uncovered”.” [L.S. 225]