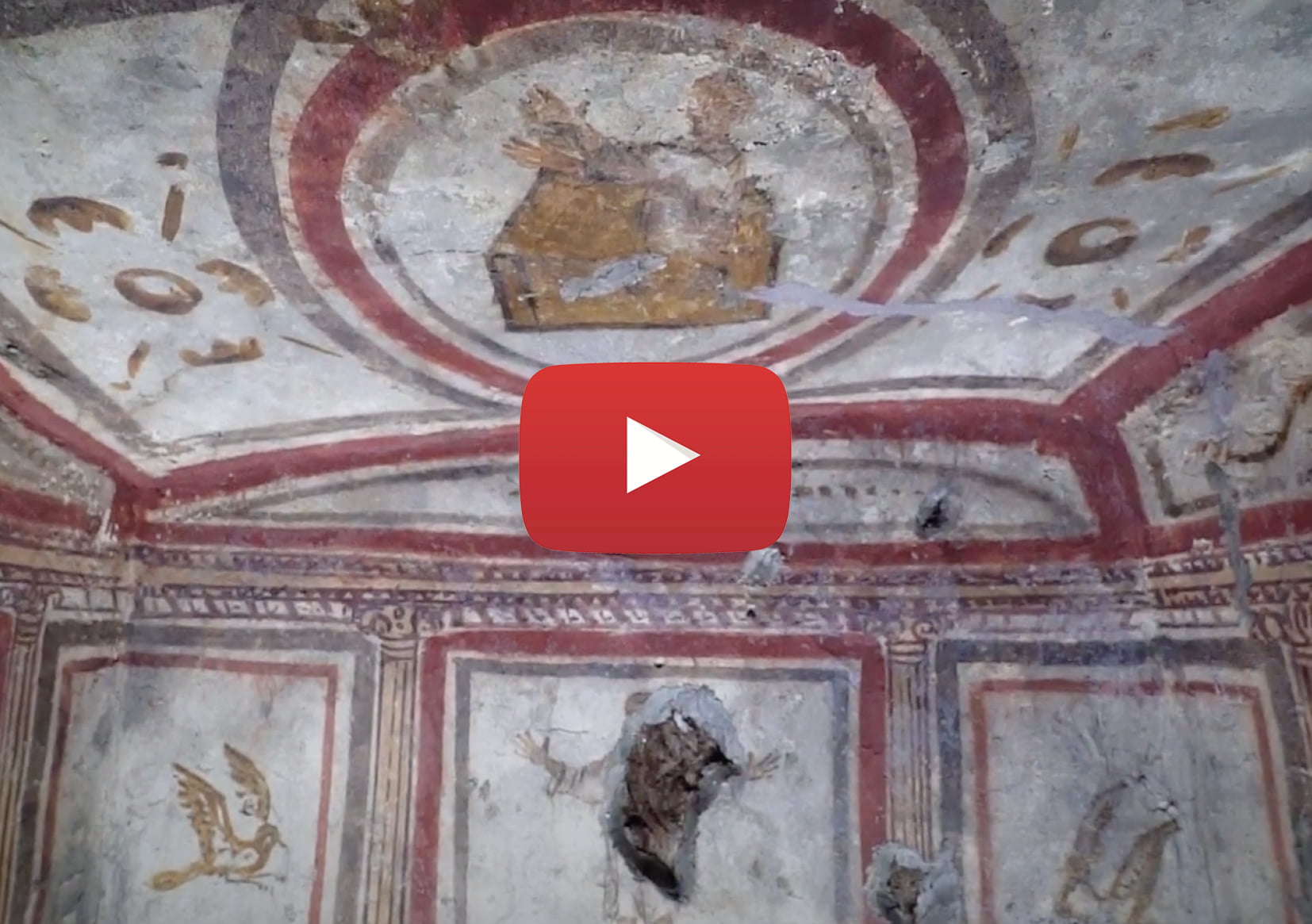 Posted at 11:45h in Third Catacombs Day by admin
0 Likes

Discovered by chance on May 31, 1578 by some workers in charge of extracting pozzolana at Vigna Sanchez, an area near Via Salaria, in Rome, the catacomb immediately drew attention to the quantity and quality of the epigraphs and frescoes preserved in its network of galleries. In addition to a large number of onlookers, even the most eminent personalities of the time, humanists and high prelates came to admire it, including the Oratorian cardinal Cesare Baronio, who defined the cemetery a real “underground city” (subterranea civitas). Following a collapse due to quarry activities, which in the meantime continued, the catacomb was again lost and fell into oblivion until 1921, when it was brought to light during the construction of a building.

At first, it was identified with one of the different cemeterial centers gravitating in the area of Via Salaria – from the cemetery of Priscilla to the catacomb of the Jordanians – but, thanks to the most recent studies, it acquired its current name of “anonymous” catacomb of via Anapo, since it does not correspond to any of the Christian cemeteries mentioned in the ancient sources. Its origin is to be connected to the expansion of a private underground burial nucleus, which in the second half of the third century A.D. incorporated the tunnels of a pre-existing abandoned sandstone quarry. In this area burials show homogeneous characteristics both in the forms and in the decorative and epigraphic apparatus.

From the eastern end of the sandstone, shortly thereafter, the excavation of real cemeteries tunnels began, expanded and deepened several times, until the abandonment of the catacomb, which can be placed within the fifth century. The short extension of the cemetery would suggest its use by a rather small community that used its own workers, as evidenced by the uniform and particular character of the burial typologies and the epigraphic form, as well as the thematic selection of the pictorial apparatus.

Indeed, in the typical niches and in the more usual cubicles, there are valuable fresco decorations that had aroused so much wonder at the time of discovery. In addition to the representations of the Good Shepherd and the Prayer, we can recognize the Old Testament episodes linked to the cycles of Noah, Abraham, Daniel, Jonah and the three young Jewish children of Babylon, but also those inspired by the miracles of the New Testament, as the resurrection of Lazarus and the multiplication of the loaves. Of particular importance is the representation of one of the oldest Apostolic Colleges, which shows Christ surrounded by the twelve apostles arranged symmetrically on his sides.

In many cases, the images are framed by floral festoons or placed on a carpet of petals and buds as, for example, in the case of the image of the little angel lying on a bed of roses. This figurative expedient allows the representations to be immediately projected into an heavenly context: the roses, in particular, allude to the worldly happiness and eternal bliss, also relating to the offerings of flowers that were brought to the tombs during the celebrations dedicated to the memory of the deceased and especially to the feast of rosalia, or dies rosationis – the days of rose ornaments – which fell between May and July, during the flowering period.